The hero’s try to save the Southern Sanction by retrieving the magical ward.

The winter wind was blowing hard through the hero’s hair. Below them they could see Spineguard Keep’s courtyard. Constant conflict in the north had its impact on the garrisons size. If you’re lucky you could find 20 soldiers here, good thing the horse tribes almost never raid during winter.

They were looking at the back of a stout Dwarf, the general of the fortress Netero.

“The royal guard was not called to Redknife for a small mission. Disaster has struck and it struck hard this time. The undead army doesn’t come on this side of the river and do you know why? A magical ward infused with a stone rests in Redkife, well rested I must say. It has been stolen and if we don’t find it back The Southern Sanction is doomed again. Undead are crossing the river and gods may now how many he will send.”

Upon hearing this news the party rushed towards Redknife. Where they indeed found the town under attack. The undead had not reached the walls just yet, at the river the royal guard was keeping back the small waves. When they were sure Arzu was in the town they went out to help the guards. Just in time for a wave of Ogre zombies.

It was there that one of the hero’s met his fate a bit to soon. The monk Zhu rushed into the wave, forgetting he was so much faster than his friends who could not keep up. Before the rest of the party could reach him he had seven zombies around him taking attacks from all sides he went down fast and for good.

The rest of the battle the hero’s tried to reach Zho but they had to go trough a group of zombies with an ogre zombie putting up a though fight. By the time they reached Zhu there was nothing they could do.

Redknife was saved for today but the party came back in defeat. After a funeral ceremony the party decided to retrieve the magical stone, while the royal guard would keep defending the town from the zombies.

During their investigation a Goliath appeared at the front gate of the town, asking what all the noise was about.

Ug Stoneskinned: Banned from his tribe after losing against his rival Trog, he can only return if he gets strong enough to beat him in a rematch. So for now he seeks refugee in the north.

All the clues they found let to believe the thieves must have run of to the Spine Mountain range. The left Redkinfe immediately and apart from an encounter with a Bulette the trip went rather well.

As they were in the mountains they were looking for tracks or at least a place a couple of thieves could hide. The first few days were without success.

One night during his watch Dr.Chen, the death cleric, started praying to the gods. From the start he was struggling with his believe, and he wanted answers.

His prayers were heard and from the bushes a three-headed dog appeared. His religious training recognized it as a messenger of Cerberus, god of death and the unknown. The dog’s mouths opened and from it came a godly voice.

“Your mind has been filled with doubts and it clouds your judgement, you seek answers and you don’t find them. That will change! Tomorrow go east, there you’ll find your thieves. They have the stone and you need to take it. Bring the stone to south far into the Dead Kingdom and deliver it to the queen. She will bring you salvation. 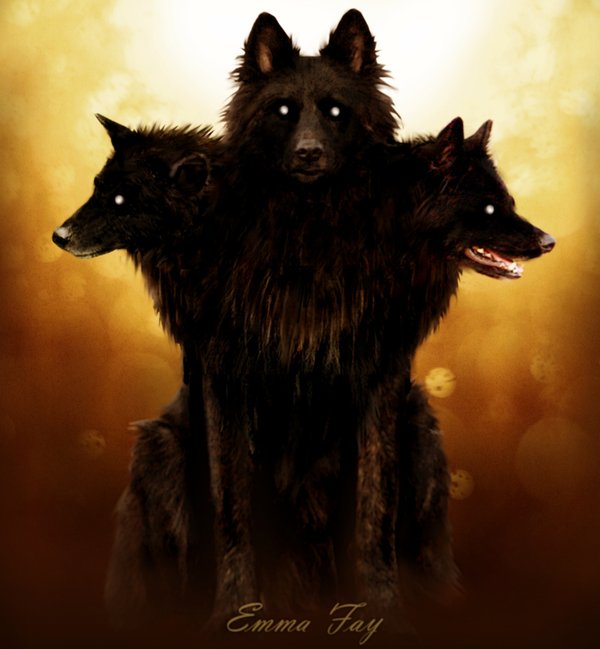 The next day the party indeed found tracks east of their camp and found the thieves easily. The fight was a though one but with some good tactics the party won and even captured the thieves.

On the first night home the thief tried to escape though and he was killed in an effort to recapture him. But what happened the next night was a lot worse.

During his guard Dr.Chen took the stone and left the party. When the group noticed his disappearance they immediately tried to find him without success.

They had to go back to Redknife without a thief and without the magical ward that protects the whole south.